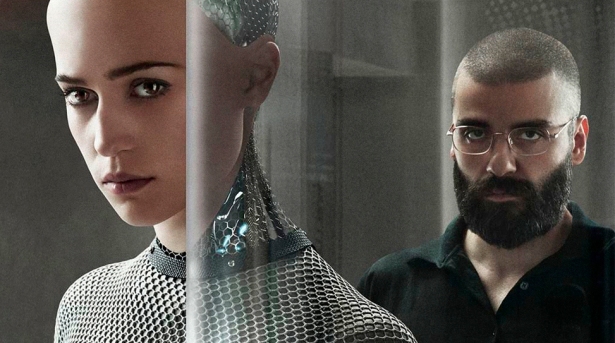 Awkwardness. Everyone acquaints themselves with it, as a passenger to a driver. There are many causes, but one overarching effect: discomfort.

One of the first times I used an Uber, I was a few drinks deep in Boston. As an antsy group of eight, we split into subsections, and I hopped into the front of the first Uber car. After a brief discussion regarding the best way to navigate narrow, one-way streets, a deafening silence settled into the car’s interior. After a moment, I casually turned to the driver and said: “So, what do you do?” The”ooo” reverberated over the drone of the engines for tooo long.

The driver dryly stated, “I am an Uber driver.”

“Right, right,” as I retracted into that half-smile, half-grimace that often emerges to encourage the effort but scold the performance. I had put on my glasses to find my glasses. I had put the cookies in the oven without turning it on. I had strolled into the office on Saturday morning while musing “what word rhymes with bird?” Any chance of interpersonal connection was as good as lost after a short string of sounds was formed aloud. The wall, that strange energy field that firmly forces its hand over my mouth, was raised. Why?

Imagine that a conversation is a work of theater. In comparing my life to external symbols for increased understanding, I am quick to compare conversations to movies, novels, and plays.

Most conversations seem to revolve around a script of practiced questions and answers. There is no time for awkwardness or silence, for these break the magic. Like leaping from a diving board, soaring with limbs outreached, and smashing into sharp, chilling water, excitement withdraws into suppressed desperation. When I enter into a conversation, my inner dialogue turns its direction externally. The curtain raises, revealing and engaging attentions. We portion our lives into sections (four minutes until the bus, six-feet tall, a three-hour performance at the Folger Theatre). So, after the spell is broken, we think that the show has ended.

But there is no show. There was never a show. A meaningful conversation does not have a script, nor a time limit, nor a stage.

The questions “What do you do?”, and “Where are you from?” stand only as mere placeholders of our hopes, fears, and spontaneous thoughts. The past and present are usually boring.

More valuable meaning lies in wait, hidden from immediate view. Ask yourself: would you rather be known by what you were, what you are, or what you could be?

If you can’t think of something genuine, then make it up. Have fun with it. Even if you change your mind in a year, a week, or an hour, the importance of having a mission now is greater than the imagined integrity you’ll feel if you miraculously manage to stick to a plan without ever changing it. Acting as an unmoving rock clinging to a bank in a flood is foolish and inefficient. Adapt to survive, or fall by means of faulty belief in the law of induction and ignorance. Good luck when you wear shorts today because you’ve been comfortable the past three days…even if it’s snowing today. No, yeah, of course. You’re wearing them on purpose, to prove something. Right. Go freeze.

The point is, you’re never going to stick to this plan. So, go crazy making something up! I’m going to be a robot beauty stylist. I’m reading the Bible, backwards, to gain a deeper understanding of the influence of the direction of a narrative on my personal ethical system. I’m currently training for my next competition, in which we run three miles while typing a fan-fiction screenplay of a Star Wars blooper reel. Have fun with it! Just be sure to have it.

What this allows you to do is to be more than a name. We remember “Peter the Great,” more likely than “Peter.” The “name + differentiator” combination encourages others to define you, and give you a small sphere of unique power. The differentiator makes all the difference. No longer Grant, I am “Grant, the robot beauty stylist.” That increases my uniqueness factor from 1 / ~60,000 to 1 / (hopefully less than 60,000).

Of course, the goal should be to reach that uniqueness factor of 1 / 1 without the necessity of a differentiator. Although, if the CEO of the hottest new British company selling drink containers, catered to diabetics, that automatically assess the amount of sugar in the fluid and, after a hand grips it, takes a blood sugar reading and calls aloud whether the holder should or shouldn’t drink the drink is named “Kant,” then this person should absolutely defer the uniqueness to Immanuel in favor of the motto “Kant Kan”.

Barring any spectacular circumstances, focus on means to ends. The mission causes feelings of passion in conversation, which, if returned, resonate into more positive emotions. Good feelings bias us into thinking that the person we are talking to is better, that we are better, and that the whole conversation was better. Use this to your advantage by having more meaningful, future-oriented conversations.

And yet, I have not determined why I distrust patient people. The distrust is probably in myself. It’s probably because their patient eagerness fizzles away unsatisfied as I respond “Well, right now I am…” instead of “Oh boy, let me tell you about this new light-adaptive, auto-adhesive chrome eye-liner!”

2 thoughts on “Why do we distrust patient people?”